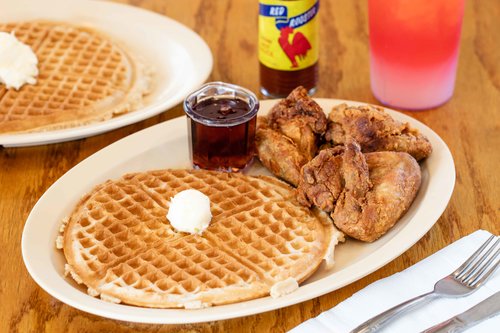 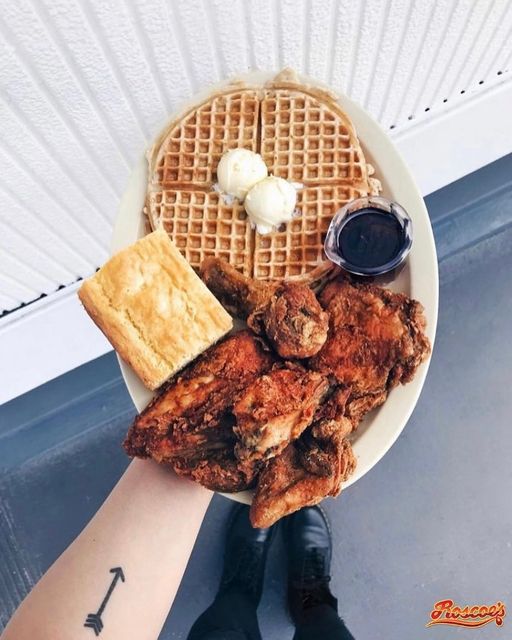 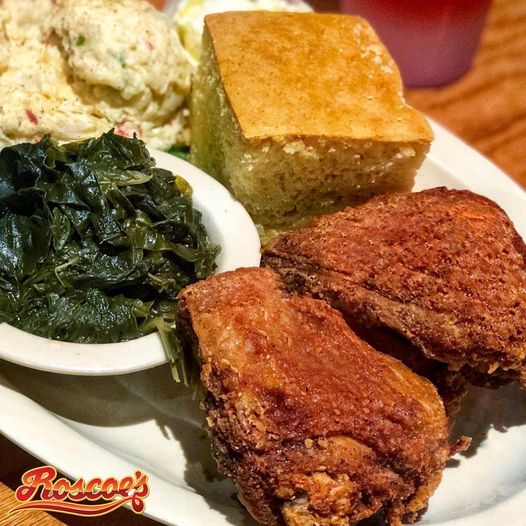 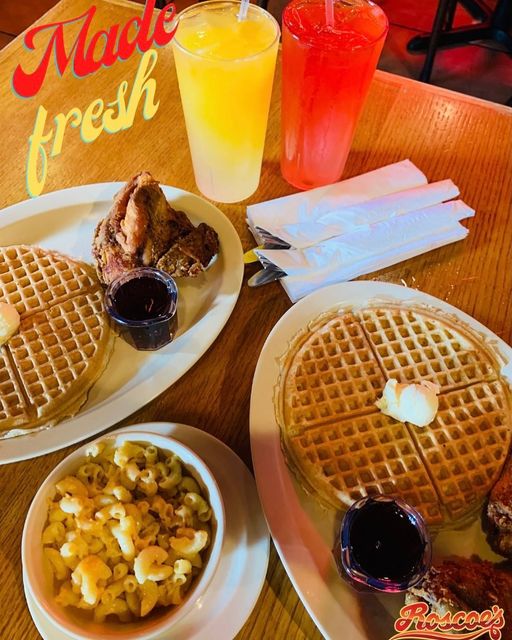 Roscoe’s House of Chicken and Waffles 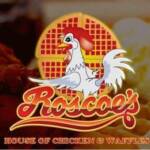 Roscoe’s House of Chicken and Waffles – (Manchester & Main) is a Hollywood, California-based soul food restaurant chain founded by Herb Hudson, a Harlem native, in 1975. It is best known, as the name states, for serving chicken and waffles, both together and separately, although they do offer more traditional menu items as well.

Soon after it was opened, Hudson had friends in Motown and television such as Natalie Cole who would spread the word to other celebrities; Redd Foxx would tell his audience that he went there.

The Los Angeles Times refers to Roscoe’s as “such an L.A. institution that people don’t even question the strange combo anymore.” The New York Times refers to it as a “beloved soul food chain”. The original location in Hollywood remains popular with celebrities.#roscoeschickenandwaffles 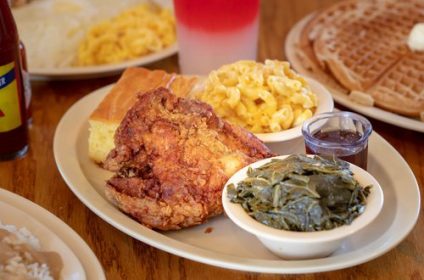 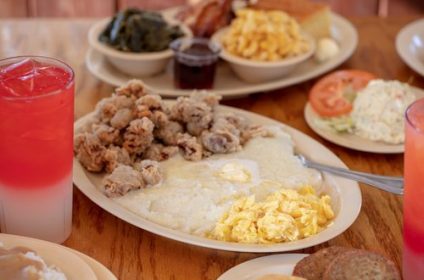